GPS accuracy could start to drop in 2010 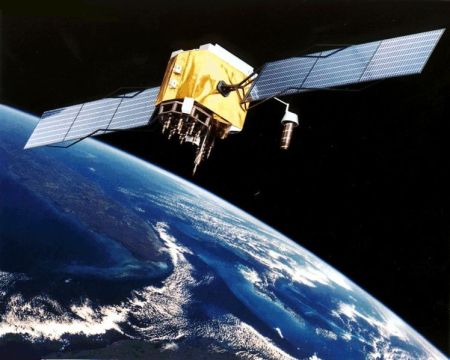 A new US GAO report has found that organisational factors in the US Air Force’s contracting and budget management process may result in decreased accuracy or even failure of the global GPS system, starting in 2010.

The Global Positioning System (GPS), which provides positioning, navigation, and timing data to users worldwide, has become essential to U.S. national security and a key tool in an expanding array of public service and commercial applications at home and abroad. The United States provides GPS data free of charge. The Air Force, which is responsible for GPS acquisition, is in the process of modernizing GPS. In light of the importance of GPS, the modernization effort, and international efforts to develop new systems, GAO was asked to undertake a broad review of GPS.

The report reviewed the Air Force’s replacement programme for the ageing GPS satellites and that,

“If the Air Force does not meet its schedule goals for development of GPS IIIA satellites, there will be an increased likelihood that in 2010, as old satellites begin to fail, the overall GPS constellation will fall below the number of satellites required to provide the level of GPS service that the U.S. government commits to. Such a gap in capability could have wide-ranging impacts on all GPS users, though there are measures the Air Force and others can take to plan for and minimize these impacts.”

It concludes, “it is uncertain whether the Air Force will be able to acquire new satellites in time to maintain current GPS service without interruption. If not, some military operations and some civilian users could be adversely affected.”

We have become so dependent on GPS in many ways over the last 5 to 10 years.  Crowd sourced crisis mapping, rapid disaster response, and large force co-ordination all depend on GPS and location awareness abilities.

I would love to see a scenario play out whereby aid, development and military organisations invest increasing resource on such advanced location aware technologies, only to have them fail or decay.  What would such a scenario look like?

Obviously the US military won’t let the system fail.  A commentary on TidBITS writes that, “even if the satellite constellation drops below 24 satellites, that doesn’t mean that GPS service will fail altogether. It does mean that the level of accuracy that both military and civilian users have become accustomed to – which is actually higher than promised – may degrade significantly.”

Alternative systems also may come online in the coming years.  The EU is developing a civilian GPS system called Galileo, scheduled to come online in 2013, and the Russian GLONOSS system may be repaired as well (the system was developed in 1995, but fell into disrepair due to lack of funds.  It has been promised to come back online by 2010, but there are doubts about this).

It is likely that the US Air Force will fix the system before disruptions become critical.  It is also likely, however given the history of bureaucracy and budgetary inflation at the Pentagon (see the F-111, B-1, or F-15 debacles for case studies), that these repairs won’t be done in a timely or efficient manner, but only at great expense and with great fanfare and inefficiency after the fact.

This entry was posted on Sunday, May 17th, 2009 at 09:15 and is filed under technology, Web / new communication tools. You can follow any responses to this entry through the RSS 2.0 feed. You can leave a response, or trackback from your own site.